As a coach, my primary responsibility is the ABC’s of training “always be correcting, always be coaching”. I practice this not only to prioritize the safety of my clients, but for something much more important. The emphasis I place on proper form and function of exercises was born from decades of classical martial art’s study. Over time, this approach found its way into how I practice and teach weight training. It has become so second nature that the two are now inseparable.  Despite how much time and dedication a martial practice places on development of the physical skillset, the ultimate goal has little to do with learning a Judo chop or mastering the Dim Mok (the three-finger, open palm, heart strike exquisitely demonstrated by Jean Claude Van Dame in BloodsportI).  Likewise, in terms of strength training, the barbell is also simply a means to a greater end. 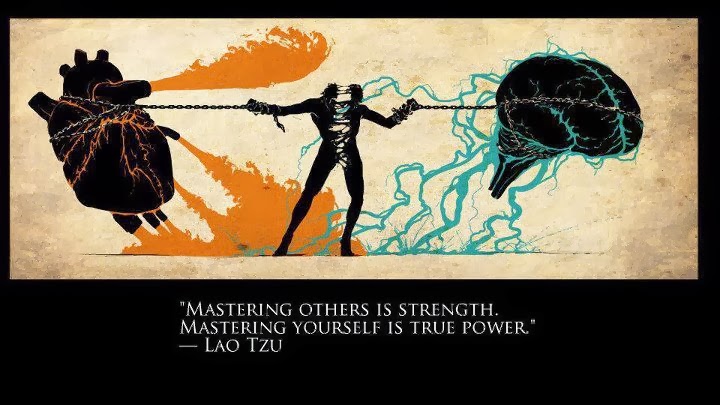 The Purpose of True martial arts training is about mastery of self. You are not really training to fight an external enemy. The ultimate enemy lies inside us all. Learning to kick ass is just a proverbial pathway, to reach unobstructed self-awareness (ego).  Believe it or not, this same process of self-discovery can happen through barbell training.

I can hear the voice in the back of your head right now saying “mastery of self, unobstructed self-awareness? What in the Fly’n Granola F#!k does that even mean?”

What we don’t often realize, is that it’s the same voice that must win, at any cost. The voice that won’t let you take a break or let loose for fear of sabotaging progress. The voice that sees success in the gym as calories burned, reps achieved.  The end justifies the means and “I mean to kick some ass!”

We all know the inherent barriers that come with the first voice, but what’s wrong with Mr/Mrs. Ass kicker? Aft all, America is infatuated with Mr./Mrs. Ass kicker and nothing’s wrong with a little internal competition, right? Well, yes and no. This mindset is a disease of the mind, no matter which side of the fence your inner voice is on, the mind is a tool and must be refined as such. –  Think about it like this. If all you have in your toolbox is a hammer, pretty soon everything starts looking like a nail. If all you have is a Kleenex, sure enough every occasion is a moment for self-pity and Air supply… Your brain and the thoughts, feelings, and actions that stem from it is the most important muscle in the body. This muscle can and should be trained.

In this day and age, with everyone running on cruise control, their noses buried in smart phones, hacking their way through the jungle of life, who has time for mindfulness training and what does the mind have to do with strength training and physical performance?  How do we integrate awareness, discipline, focus, and attention into our time at the gym and turn our calorie burning, glute pumping, exercise regimen into a pathway to mental greatness? So, now you ask…how do we train the mind to improve the body? I have outlined the most essential steps for mastering this process.

A mental gap in strength training is also referred to as a “brain fart”. Almost every injury I’ve suffered in the gym o

r have ever witnessed, occurred due to this so-called, mental gap. It’s defined as that brief moment which can occur at any point during a repetition, or for its entirety during which the lifter becomes preoccupied, loses focus and as a result, technique breaks down. Sometimes we just want to tear through reps because the weight is too heavy. Sometimes the breakdown occurs because of the discomfort arising from muscles flooded with lactic acid. Sometimes our hearts are pumping out of our chest and we can’t find enough oxygen. The subsequent hamster wheel in our head spins out of control. Sometimes we’re hungover, having 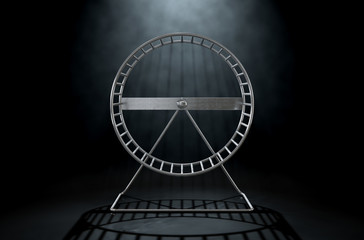 a bad day, or running on empty and our only goal is making it to the end of the workout. In any case, the mental gap, or disconnection of the mind and body not only brings with it a high probability of heinous injury and faulty movement patterns but also:

* increase of anxiety and stress

* a complete loss of the exercises intended physiological goal

Tempo is much more than the timing of a repetition. Tempo encompasses the many nuances that must be articulated in order to maximize the quality of a rep. Think of an orchestra with all its moving parts: strings, woodwinds, brass, and percussion. Each with their own persona and individual contribution to the ensemble. Without the guidance of its conductor, however, they would never work in coordination. In terms of strength training, you are the conductor and your mind, nervous system, muscles and equipment used (barbell, dumbbell, kettlebell, band) are the sections of your orchestra. If you’re the conductor and mind gaps occur, the most intricately crafted Mozart can quickly become the Sex Pistols and chaos and injury ensues.

This is the moment we make a conscious decision to perform the chosen exercise movement. The process begins with a visualization of the exercise and total focus on the technical nuances or movement fundamentals which define the form and function of the exercise. You see yourself performing it perfectly before any action is taken. The more you practice visualization, the more vividly you will be able to “feel” the movement, and how it plays out.

The second stage of Tempo involves Organization or readying the physical body for load. This process can be completed from a top-down (head to feet) or bottom-up (feet to head) approach.

Top-Down Example: I begin with my head. The neck is neutral, ensuring a comfortable, aligned neck position. Avoid any curvature or C-spine bending. Sometimes the eyes are fixed. Sometimes the exercise dictates that the eyes move up and down such as when performing a Romanian Deadlift (RDL). Next, the upper spine (aka, T-Spine) must be retracted. The third step is to tighten the core and lower back. https://www.youtube.com/watch?v=nABNujcTXIc&list=PLcFo_a7mJ0E3eQls3TPBjIm4jsW6Y5rK1&index=22

This is done by breathing from the ribcage, drawing the ribs in and pushing down into the pelvis, not by moving the stomach up and down, or in and out. Focus on breathing from the diaphragm and not the belly. Once I have tightened and braced the lower back and core, I screw my feet into the ground externally to activate the glutes and to connect myself into the ground. At this time, you should feel every muscle in your body slightly contracted and prepared for action with a sense of being deeply rooted into the ground.

All movement begins at the point of contraction. This is the moment the muscle fiber develops tension and may shorten.

Each phase of contraction can further be broken down into critical moments which ensure proper execution of technique. The first phase of contraction, the concentric phase, must include body organization that we discussed in “Getting Organized”. The central nervous system (CNS) must communicate with individual muscles so that they are able to work in unison and begin the repetition from its intended origin (primary muscle or muscle group). This origination is the axis or fulcrum from which ALL movement will begin.

If the origination of the movement is not meticulously executed, subsequent breakdown in form is sure to follow. Often, lack of effective origination is due to instabilities in the muscle or muscular system. When this happens the larger, stronger muscles will monopolize the form and originate the movement in a potentially detrimental way. This causes continued degeneration of the underactive muscle or muscle group, and over compensation from the overactive muscle. The result can be an asymmetry and subsequent injury potential if not corrected. This is why origination is so important. If the lifter is unable to demonstrate origination this may help the coach, or client themselves to identify need for further discovery of instabilities through a functional movement screening (FMS).

Once origination has been established, the movement slowly begins to increase in tension until the next phase, The Breaking Point begins.

The breaking point is the moment at which the weight begins to be displaced from its resting position and begins to move. Newton’s first law states that “an object at rest will remain at rest until acted upon by an outside force”. For an object to start moving there needs to be an unbalanced force at work. Meaning, the force moving the weight (e.g., your muscle) must be greater than the force pushing it in the opposite direction (e.g., gravity). The combination of force accelerating the weight and gravity pulling the weight in the opposite direction, is called drag. Think of a rocket lifting off from the launch pad. There is a grounded structure holding the rocket in place. The structure stays connected to the rocket after ignition of the engines and an explosion has taken place. These arms hold the rocket in its upright position (ie., this would be equivalent to our organization phase) until enough drag is placed upon them resulting in a release of the rocket. If the timing of this process is not thoroughly calculated, the rocket will fail to leave the ground or very quickly lose its orientation and shoot off in an unexpected direction.

Likewise, in exercise, if the breaking point is not strictly controlled, technique will break down and subsequent breaks in the anatomical structure will collapse.

The accumulation phase is marked by the continued concentric contraction of the muscle or, muscular system until the moment arm arrives at the end of its range of motion. Every moment of the concentric contraction must be dictated by a connection between the intention of the lifter, strict adherence to the technique and proper firing sequence of the intended musculature. The accumulation phase can take anywhere from 1-4 seconds depending on goals.

The eccentric phase is equally as important as the concentric phase. This phase offers as much opportunity for benefit, and also the same potential for injury if not strictly adhered to. The eccentric contraction also has an origination, and a breaking point phase. Total focus must be placed on maintaining organization as drag increases and the weight begins to accelerate toward the ground. The lifter must also keep his/her intention on the targeted muscle or set of muscles being activated.  The eccentric phase can also take anywhere from 1 to 4 seconds depending on the ultimate goal of the movement. 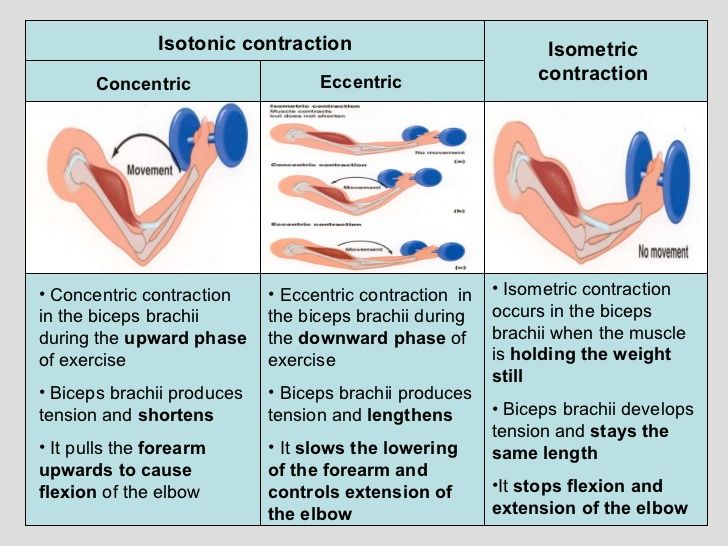 The relaxation phase is the point where the muscle fiber finally relaxes and no longer produces or maintains tension in the muscle. In my gym, the only time we are in relaxation phase is the moment we enter and exit the front door. As a practice, I advise my clients to maintain a subtle tension in their body at all times.  The only time the body should be completely relaxed is during sleep. While awake, we should place a mindful tension around the core and T-spine, always. This is called posture! Practice maintaining some level of core tension while driving, sitting at your desk or playing with your kids. Mind/Body training is a practice that can be found in all our daily activities, not just weight training and martial arts but everyday tasks like cleaning dishes, brushing your teeth or using the bathroom (what better place to practice a perfect squat!). If you are seriously interested in reaching higher states of performance or busting through plateaus, integrating the connection of mind and body into your training is the only no-brainer solution.